The Pacific Fleet large anti-submarine ship “Admiral Panteleyev” is participating in yearly, quadrilateral maritime exercises (FRUKUS). According to the Russian Navy Press Service, the exercises will take place in August in the Sea of Japan. Ships from the navies of the United States, France and Great Britain will also participate. The goal of the operations is to train for international maritime peacekeeping operations.


The Summer Training Period Starts in the Pacific Fleet. 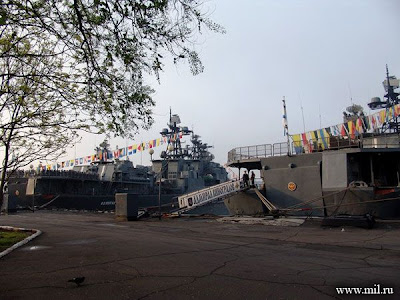 As in the rest of the Russian Armed Forces, the summer training period has started...Serious training awaits the sailors: large scale maneuvers, out of area deployments, training and field exercises. The fleet will take part in FRUKUS-2008, an international maritime exercise with ships from the Navies of France, the USA and Great Britain participating.

According to this video news report, it will be the most active training cycle in the Pacific Fleet in 15 years. There will be artillery firings, anti-terrorism exercises and rescue exercises. Ships will make deployments throughout the Asia-Pacific region and take part in FRUKUS-2008. Footage from FRUKUS-2007 was shown. 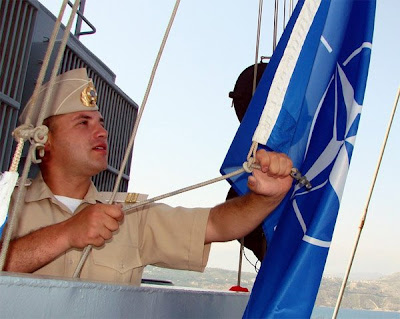 According to the official site of the Ukrainian Ministry of Defense, the project 1135.1 frigate (Krivak class) “Hetman Sagaydachiy” has successfully met NATO certification standards and will start patrolling with the alliance in the Mediterranean Sea, participating in the anti-terrorist operation code named “Active Endeavor”. This certification is the result of joint training conducted by U130 and her Italian training partner, the frigate “Frantiere” at the NATO base in Souda Bay, Crete.

Norwegian and Russian para-rescue jumpers participate in Bold Monarch-2008, making their jumps with British parachutes that they never trained with before.
Posted by Russian Navy Blog at 7:30 AM