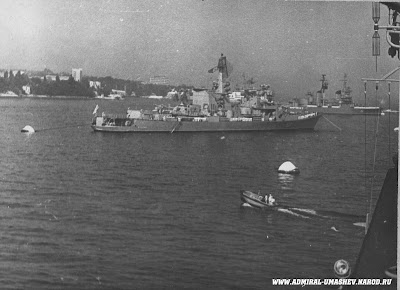 The Ochakov Could Become the Flagship
The official newspaper of the Russian Black Sea Fleet (BSF) is reporting that the large anti-submarine ship (BPK) “Ochakov”, which has just finished repairs, could become the flagship of the BSF instead of the cruiser “Moskva”.

“This project 1134B BPK (Kara class), designed more than 40 years ago, has entered the 21st Century with a millennial overhaul with the aim of extending its service life 15-20 years. This is an unprecedented event for the fleet…”

Intermediate repairs began at the end of the 80s, however, with the breakup of the Soviet Union, they were never finished. Additionally a serious fire in 1993 significantly complicated the technical condition of the “Ochakov”.

Right now the ship is in repairs in the Sevastopol’ Shipyard. It is planned to re-introduce the “Ochakov” to the fleet in 2004-2005 (sic) after completion of repairs.

The Commander in Chief of the Russian Navy Admiral Vladimir Vysotskiy completed a three day visit to Turkey yesterday where he discussed Black Sea security and stability issues with the Ministry of National Defense.

“The CinC visited the Turkish Defense Ministry, the HQ of the Turkish Navy, the main naval base at Gel’dzuk and also visited the frigate “Oruchreis”, the missile cutter “Tufan” and the submarine “Burakreis””.

He also visited the surface observation and control center for movement of ships in the straits zone, the “Stambul” shipyard, the Naval Academy and the Turkish Naval Museum.
Posted by Russian Navy Blog at 10:31 AM 2 comments:

Torpedoman/Mineman Day in the Russian Navy

Mu_Rena at "The Sea is Everything" notes that 20 June marks the 155th anniversary of the first use of torpedoes against an attacking enemy force by the Russian Navy. The Imperial Russian Navy used these new weapons against an Anglo-French squadron attacking Kronstadt Island and other Russian Navy targets in the Gulf of Finland. Mu_Rena congratulates all minemen and torpedomen and posts this video as a present to all of you: 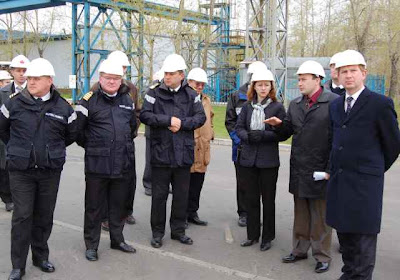 A group of specialists from the US Department of Defense worked at the enterprise 09-10 June. The Americans are financing the scrapping of the project 941 Akula-class strategic underwater missile cruiser TK-13 within the framework of the Cooperative Threat Reduction Program. The American parters inspected the work done on the ship and discussed prospective projects with specialists from the shipyard in the course of two days.

Zvezdochka recieved a high level delegation of officers from the UK Ministry of Defense on the 10th to plan work in the framework of the Arctic Military Environmental Cooperation (AMEC) program. The delegation headed by Vice Admiral Simon Lister acquainted themselves with the creation of a facility at the Severodvinsk-based wharf for the disposal of nuclear submarines and the capability of the facility to safely dispose of submarines. During the course of the visit they discussed the possibility of the Zvezdochka Shipyard, which has a great deal of experience decomissioning submarines, participating in the disposal of Royal Navy submarines. The discussions involve British submarines that have already been defueled.
Posted by Russian Navy Blog at 4:47 PM 7 comments: 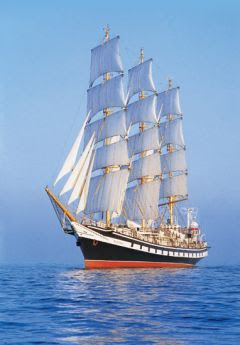 French and American Sailors Protect the Pallada from Pirates

While making an around the world cruise, the sail-training frigate "Pallada" successfully cleared the Gulf of Aden last week, where maritime bandits have been especially impertinent, chasing down ships and taking their crews prisoner.

We remind you that a Russian ship and her crew was taken prisoner here not long ago. In order to avoid a similar emergency with the cadet sailing ship, Russian authorities have contacted the sailors of several nations whose ships stand watch in the Indian Ocean through Ministry of Foreign Affairs and Navy channels.

The call was heard. During the "Pallada's" transit of the Gulf of Aden, the sailing ship was under constant visual surveillance of a French military vessel patrolling the dangerous area.

Now the "Pallada" is on her way to Malaysian shores and should arrive there around the 25th of June. It should be noted that that area isn't the safest part of the world ocean either. Chinese "Triads" have operated fast pirate motorboats in the area. By the way, the "Pallada" will be under reliable watch here also - an American Carrier Strike Group is operating in the area now.

In any case, additional security precautions have been taken on the ship. In part, they have reinforced the watch, turned on full lighting at night and have manned the fire mains and can turn a stream of water from the fire hoses on the pirates if they attempt to board forcibly. 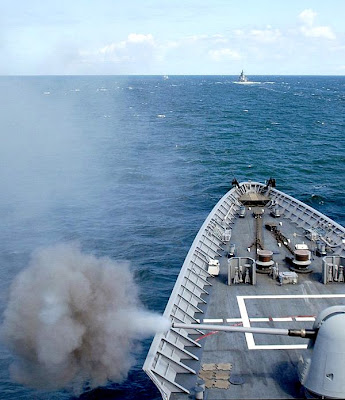 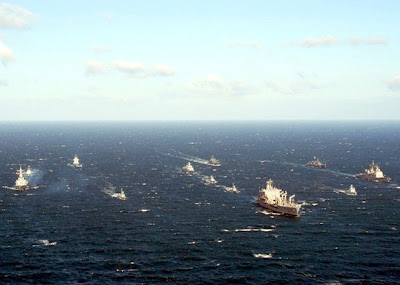 Video of the ceremony marking the keel laying of the third project 11356 frigate built for India in Kaliningrad. A Russian Orthodox priest blesses the proceedings and "the Indians aren't against it".
Posted by Russian Navy Blog at 9:07 AM 3 comments: