In order to prevent future debacles, LTC Paul Yingling calls for a return to running an army the way the Founders intended - by making Congress actually work and do shit. And shit:

A RETURN TO CITIZEN SOLDIERS

The U.S. should therefore abandon the all-volunteer military and return to our historic reliance on citizen soldiers and conscription to wage protracted war. This approach proved successful in both world wars and offers several advantages over the all-volunteer military. First and most important, this approach demands popular participation in national security decisions and provides Congress with powerful incentives to reassert its war powers. Unlike the all-volunteer force, a conscripted force of citizen soldiers would ensure that the burdens of war are felt equally in every community in America. Second, this approach provides the means to expand the Army to a sufficient size to meet its commitments. Unlike the all-volunteer force, a conscripted force would not rely on stop-loss policies or an endless cycle of year-on, year-off deployments of overstressed and exhausted forces. Third, conscription enables the military to be more discriminating in selecting those with the skills and attributes most required to fight today’s wars. Unlike the all-volunteer force, a conscripted force would not rely on exorbitant bonuses and reduced enlistment standards to fill its ranks. Finally, this approach would be less expensive. Unlike the world wars of the 20th century, today’s dangers will not pass quickly, allowing for a return to a smaller and less expensive military establishment. Imposing fiscal discipline on the Pentagon would not only strengthen America’s depleted finances, but also constrain executive ambitions for adventures abroad and congressional appetites for pork-barrel projects at home.

Others may dispute these methods of raising and funding military power on the grounds of political expediency. Imposing conscription, mobilizing National Guard and reserve forces, raising taxes and cutting domestic spending to pay for military expenditures will be politically unpopular. However, the development of America’s military forces and their commitment to protracted wars were never intended to be politically expedient. The Founders placed these powers in the hands of Congress to ensure that such momentous decisions were undertaken carefully after sober public deliberation. The Founders did not expect that America would “go to war with the Army we have” but rather that Congress would raise the Army we need to prosecute carefully thought out war aims to a successful conclusion.

In many ways, the prosecution of the war in Iraq is a cautionary tale against bypassing the war powers of Congress. If members of Congress had to impose conscription and fully mobilize the National Guard, they might have been more skeptical of the case for war. Had members of Congress been required to cut popular domestic programs to pay for the war, they might have insisted on prosecuting the war more intelligently and vigorously. Instead, Iraq edged toward chaos over the course of four years, costing the lives of thousand of volunteers and hundreds of billions of dollars in borrowed money. Members of Congress held hearings and asked questions, but took no action to change the course of events in Iraq. The public did not have to endure conscription as it did during the Vietnam War; the nascent anti-war movement therefore never approached the size and intensity of its Vietnam-era counterpart. Congress played only a minor role in the 2007 change of strategy in Iraq, the so-called “surge” that has created a remarkable, if fragile, turnaround. Nonetheless, the underlying fact remains that our conduct of the war in Iraq calls into question both the intelligence and vigor of America’s capacity to wage war.

I can already hear the screams of the so-called "originalist conservatives" of "America hating traitor" and "why does the Russian Navy Blogger and LTC Yingling hate America so much that they are advocating disarmament?"

Because that is how those wanna be, gonna be prankstas in the non-serving Bill Kristol/Rush Limbaugh/Glenn Beck wing roll...
Posted by Russian Navy Blog at 6:43 PM 2 comments:

More than a year ago, I made a snide remark about how Gremikha looked kind of like the Book of Eli meets S.T.A.L.K.E.R.. Apparently, they CAN carry out those types of "unique operations" there: 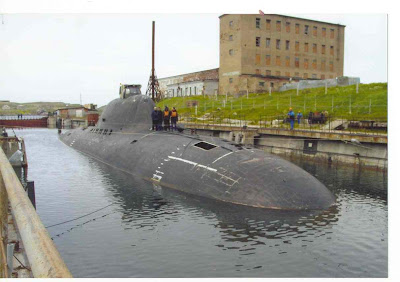 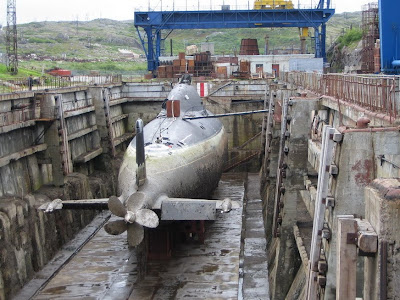 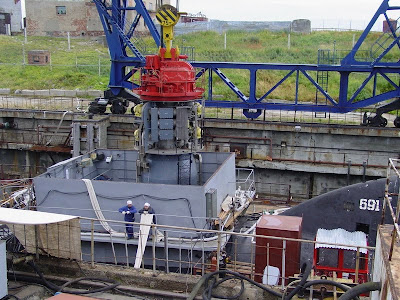 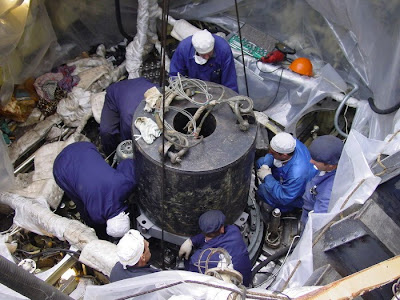 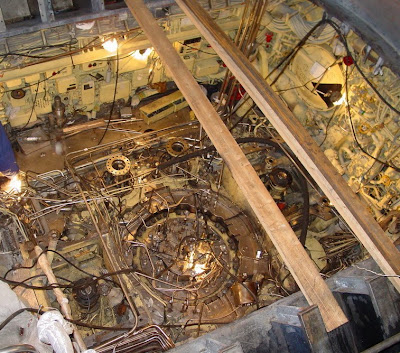 I'll never underestimate the technical ability of a country that looks like the set for a remake of "Planet of the Apes" again.
Posted by Russian Navy Blog at 3:47 PM 5 comments:

I have no love for the Russians, but...

...the morons who considered this need to be identified so they will never again allowed near the levers of power. What were these advocates of riding to Georgia's rescue thinking? That trading Tbilisi for Chicago or New York in a potential nuclear exchange would be a fair trade? That this was an "emotionally difficult" decision is absurd.

President George W. Bush and his senior aides considered — and rejected — a military response to Russia’s 2008 invasion of Georgia, according to a new history of the conflict and interviews with former officials in the Bush administration.

“There were people on [Vice President Dick] Cheney’s staff and [National Security Adviser Stephen] Hadley’s staff who said, ‘We can’t let Georgia go down like this.'”