The flagship of the Black Sea Fleet the Guards Missile Cruiser Moskva left Sevastopol on deployment on 09 April. The ship will execute missions in the Mediterranean, Indian and Pacific Oceans according to the press service of the Black Sea Fleet.
...
Earlier Interfax news agency reported sources in the fleet headquarters as saying that the cruiser Moskva and a support ship will be the first participants in the operational-strategic exercises Vostok-2010 to arrive in Vladivostokin the middle of May. Ships from the Northern and Pacific Fleets will also participate. During the deployment the ship will operate in the Indian Ocean with elements of Long Range Aviation, carry out combat exercises with the P-500 Bazalt main missile armament on maritime targets and take part in bilateral exercises with India.

The cruiser will participate in joint exercises in the Mediterranean with French and Italian ships this spring.

But once she's seen the big city of Vladivostok, will she ever settle for salo again??

Update: According this report, the Moskva returns in September. 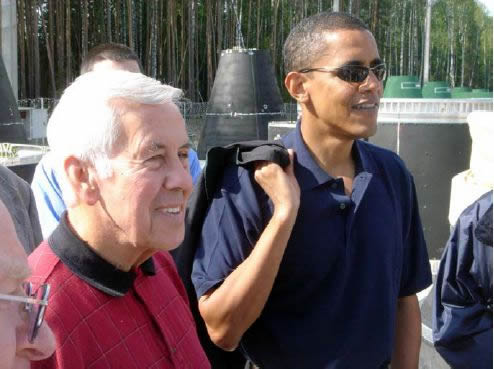 And what the hell is George Stephanopoulis asking Obama what he thinks of Sarah fucking Palin's ignorant criticism anyway?  There are literally a thousand conservatives out there who have thoughtful opinions on arms control, and he goes to Sarah fucking Palin. What a tool.
Posted by Russian Navy Blog at 4:55 PM 1 comment:

Peter the Great has a date in Tartus...


Flagship of the Northern Fleet, the heavy nuclear missile cruiser Peter the Great passed through the English Channel on Sunday on her way to the Straits of Gibraltar. In a few days she will be in the roadstead in Tartus, Syria where she will meet the the Black Sea Fleet missile cruiser Moskva and continue on to the Indian Ocean as a surface strike group.

The Ministry of Defense has told Izvestiya that the latest cruise by the Peter the Great will last not less than two months. The ship will visit Syria, Oman and India. Together with ships from the Black Sea and the Pacific Fleet, she will take part in exercises in the Far East called "Vostok-2010". There are also plans for two exercises in the Indian Ocean - first with a joint Russian task group and a second with the Indian Navy.
...
The idea behind the deployment is to "execute tasks in support of strategic and regional deterrence and support the maritime activities of the Russian Federation". By the way, experts say that the material expenditures don't matter when it comes to Russian military presence and professional development. "It's not a lot of money. It's more important to show that we are everywhere....One deployment like this for the crew is like finishing two academies", says former vice commander of the Navy, Admiral Igor Kasatonov.

"One deployment like this for the crew is like finishing two academies." Interesting thing to say when 50 percent of your crew is conscripted from the fall call up...

“A nuclear-free world has been a 60-year dream of the Left, just like socialized health-care. This new policy, like Obama’s government-run health program, is a big step in that direction. President Obama thinks we can all hold hands, sing songs, and have peace symbols.”

There is only one way safely and legitimately to reduce the cost of national security, and that is to reduce the need for it. And this we are trying to do in negotiations with the Soviet Union. We are not just discussing limits on a further increase of nuclear weapons. We seek, instead, to reduce their number. We seek the total elimination one day of nuclear weapons from the face of the Earth.

Why are people as stupid as Rudy fucking Giuliani invited on my teevee and called an expert?
Posted by Russian Navy Blog at 4:43 PM 1 comment:

Get down, Russian Navy, get down get down:

The Vice-Admiral Kulakov destroyer will rejoin Russia's Northern Fleet after an 18-year overhaul, a spokesman for the Severnaya Verf shipyard said on Monday.

The Vice-Admiral Kulakov, a Project-1155 Udaloy-class destroyer, was commissioned in 1982 and was in service until March 1991 when it was retired for repairs.

The retrofit program ran into serious difficulties over a lack of funding and there were even plans to scrap the warship. However, in the early 2000s, the Russian Defense Ministry raised enough funds to complete the modernization.

Is this a record for a refit? Will the overhaul of the Gorshkov break this record?

Russia truly is that QB you see on TV Any Given Sunday
A country that won the Resource Superbowl and drives off in a Hyundai.
Posted by Russian Navy Blog at 7:33 PM 2 comments:

Peter the Great at the Mike Datum

The video starts with the crew coordinating with an IL-38 who made the flight from the Kola just to play with Peter the Great. As soon as the IL-38 departs, a Norwegian P-3 takes its place, while a Norwegian reconnaissance ship shadows Peter the Great at the edge of visual range. A KA-27 practices searching for submarines by lowering dipping sonar. Next the special purpose damage control division shows off their mad fire fighting skilz acquired through daily damage control drills. Finally, Peter the Great goes full stop in a snowstorm to lay a wreath at the Mike datum to commemorate the sinking 21 years ago this month before she gets underway for the English Channel, Gibraltar, the Suez and beyond.
Posted by Russian Navy Blog at 7:22 PM 2 comments: