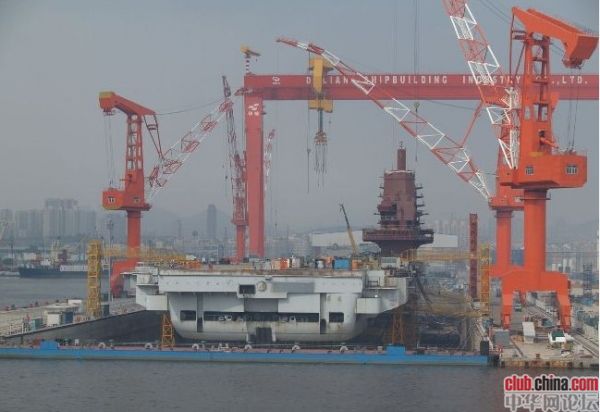 Perhaps the Indians should have waited a bit and bought the Gorshkov for scrap, instead of approving $2.35 Billion to renovate a 25 year old hull. I wonder how many dachas, Hummers and condos in Dubai were bought with the skim off all the money the Indians have poured into that pit?
Posted by Russian Navy Blog at 5:27 PM 2 comments:

The Black Sea Fleet flagship, the missile cruiser Moskva has  a couple of international exercises planned for the spring of 2010. The ship will sail for the Mediterranean to participate in PASSEXes with ships from Italy and France. The cruiser also plans to take part in bilateral naval exercises with the Indian Navy in the Indian Ocean.

Besides that, the Moskva should sail for Vladivostok, where it will participate in the Vostok-2010 strategic exercise.

One on-line source suggests that the Moskva will be accompanied by the Krivak class Pytlivyy and a tug.

Another blogger, citing an Interfax report, says that the Northern Fleet Kirov class cruiser Petr Velikiy, the Pac Fleet Slava class Varyag, several Udaloy BPKs, several Sovremennyy EMs, and other surface and subsurface combatants will participate in the maritime events of Vostok-2010 in June. He also asserts that there will be an SS-N-12 shot during the exercises with the Indians.


Putin's Mini-Me reportedly expressed a desire to attend in order to watch modern war at sea.

Last month, rumors circulated that the Moskva was leaving for the Pac and wouldn't return to the Black Sea Fleet.
Posted by Russian Navy Blog at 6:29 PM 2 comments: