Imagine that hundreds of black protesters were to descend upon Washington DC and Northern Virginia, just a few miles from the Capitol and White House, armed with AK-47s, assorted handguns, and ammunition. And imagine that some of these protesters —the black protesters — spoke of the need for political revolution, and possibly even armed conflict in the event that laws they didn’t like were enforced by the government? Would these protester — these black protesters with guns — be seen as brave defenders of the Second Amendment, or would they be viewed by most whites as a danger to the republic? What if they were Arab-Americans? Because, after all, that’s what happened recently when white gun enthusiasts descended upon the nation’s capital, arms in hand, and verbally announced their readiness to make war on the country’s political leaders if the need arose.

What do I imagine? I imagine a lot of white folk with dirty undies, that's what I imagine!
Posted by Russian Navy Blog at 11:08 PM 1 comment:


Hans Blix had five months to find weapons. He found nothing. We’ve had five weeks. Come back to me in five months. If we haven’t found any, we will have a credibility problem.

It's Fox News' world, we only barely survive in it.

Smokers in the Gulf of Aden

Rough gist: The flagship of the Black Sea Fleet has reached the Gulf of Aden, one of the most dangerous seas in the world. The cruiser will spend a few days there training. As the cruiser passes through the Bab el Mendab, the Gulf of Aden lies ahead. But the cruiser doesn't have to worry about Somali pirates that the sailors are vigilant against. There have been a couple of times in the past month when Somali pirates mistook warships for civilian ships, with disasterous results. The crew is read history and stories about the region during meals over the 1MC.

Marines stand four hour watches on deck. After watch in the 40 degree heat, the Marines do PT. Dozens watch as they do hand to hand combat on deck. A Marine explains that long-range combat can turn hand to hand at any minute, so they practice. The gunners' mates won a competition, their Captain lifting a 24kg weight more than 100 times.

By the end of the week, the ship will be on course for India and they'll start reading up on the Indian Ocean.
Posted by Russian Navy Blog at 6:22 PM 1 comment:

Gist: About a hundred activists turned out to greet the USS John L Hall at the pier in Sevastopol. They carried anti-US and anti-NATO signs and shouted "Yankee go home!". The Ukrainian authorities delayed the Hall's entry into port in hopes the small crowd would disperse, but in vain.

Comment: In contrast to the visits of the USCG Dallas and the USS Mount Whitney back in 2008, right after the Five Day War, the crowds are much smaller and there isn't much discussion of the visit on message boards.

Just a normal port visit to an almost normal foreign port, like anywhere else in the world.
Posted by Russian Navy Blog at 6:08 PM 1 comment:

Is this some sort of anti-ballistic missile maybe? 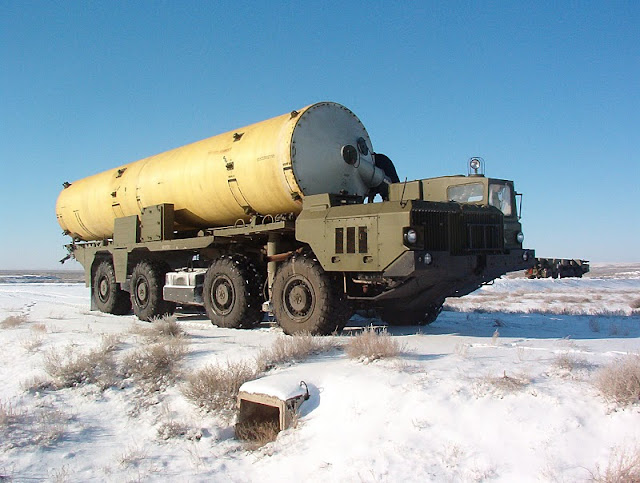 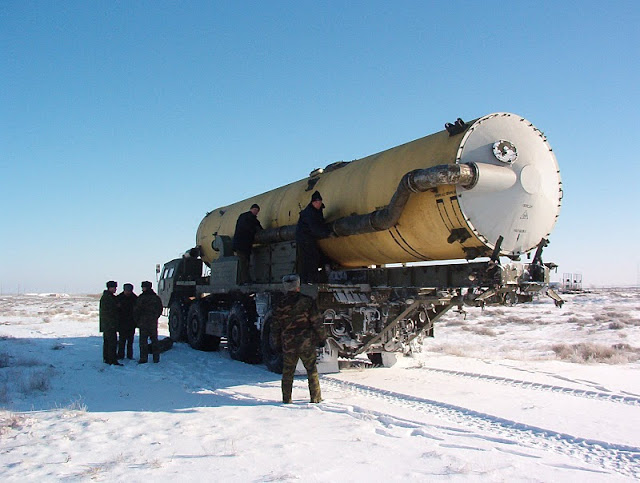 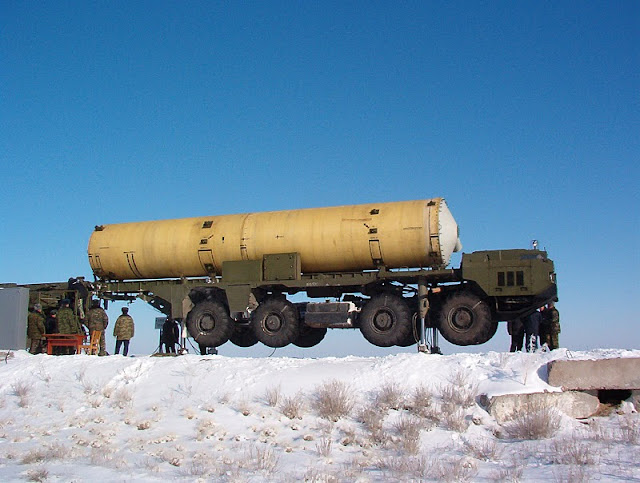 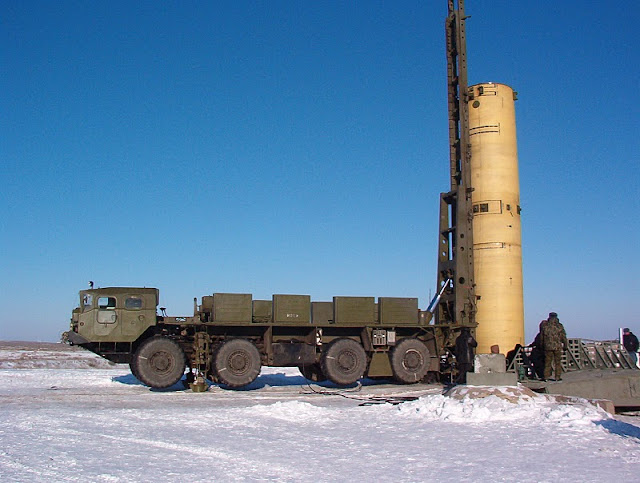 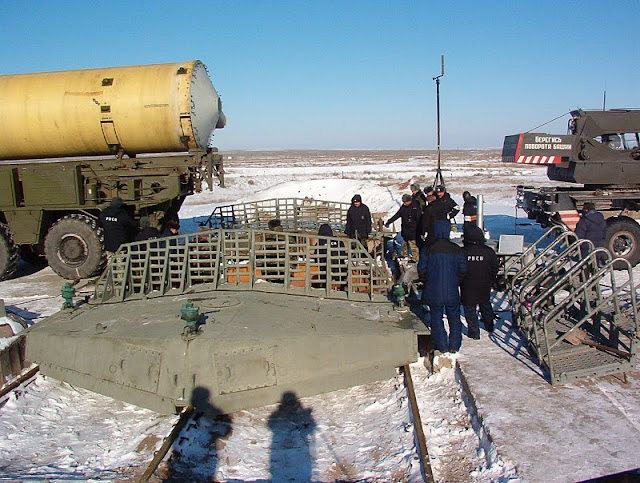 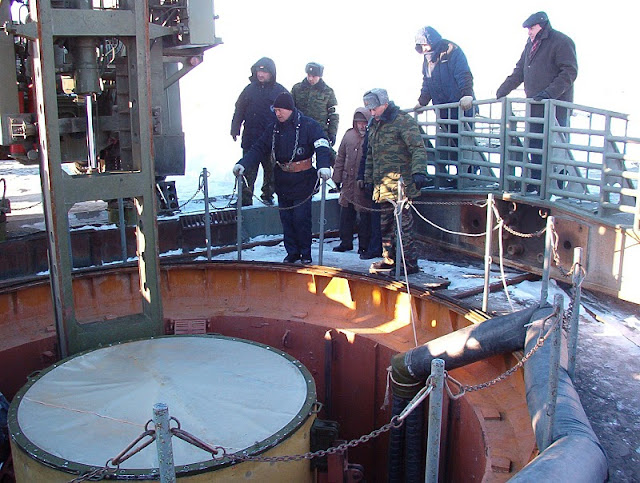 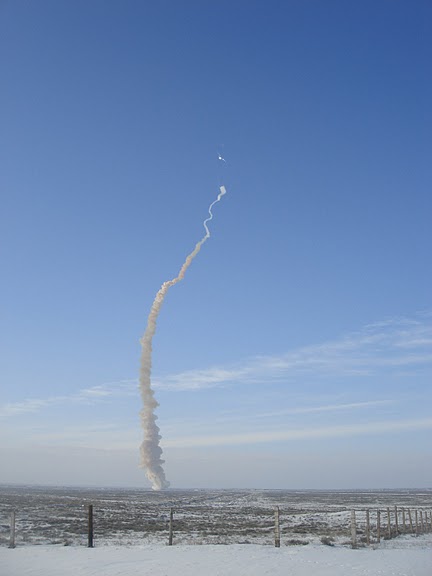 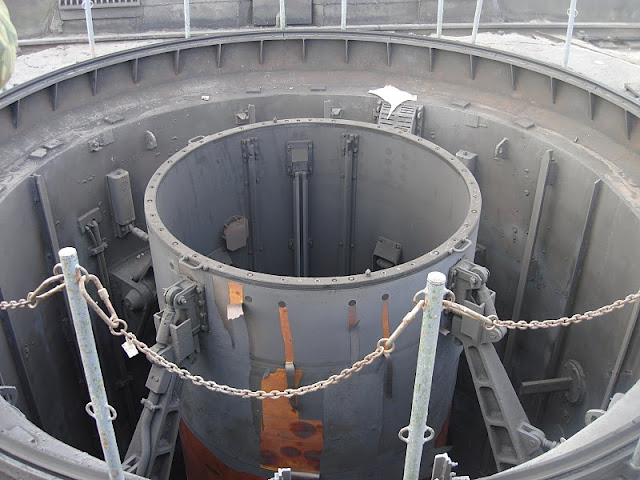 Update: Apparently it is an ABM...

Looks like the Peter the Great made it through...

Peter the Great apparently made an uneventful transit through the Suez Canal. Meanwhile, the Moskva is supposed to make a port call in Muscat, Oman on 24 April en route exercises in the Indian Ocean and eventual participation in Vostok-2010.