BPK Ochakov Goes to the Breakers 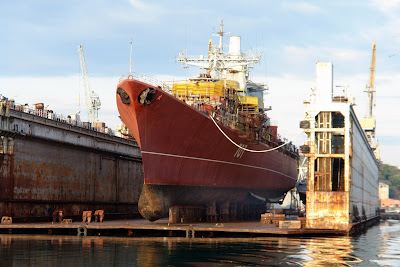 Thus, on the 21st of September, the hull of the BPK Ochakov was towed to the dock for preparations for towing to the breakers. And so ends the epoch of a great raid on the treasury for the Black Sea Fleet, started by Admiral Kasatonov. Using his position, this bad man (and on this I insist that Kasatonov is a bad man) sent the BPK Azov to the breakers in the 90s, which was in much better condition and, most importantly, functioned!!, which was very uncharacteristic for the 90s. The decommissioning of the Azov allowed Kasatonov to allocate money for the repair of the Ochakov which should have become a "miracle-ship" with all new armament. She didn't and all the money was looted. And the Azov, the only BPK with a modern long range naval SAM, was cut into razor blades...And now Ochakov has been launched down the same path...wicked isn't too strong a term... 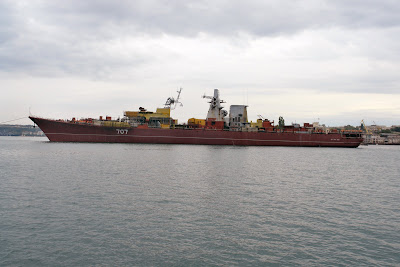 Take care that your translations are not just precise, but also easy to read. I suggest you change the first sentence of this translation.