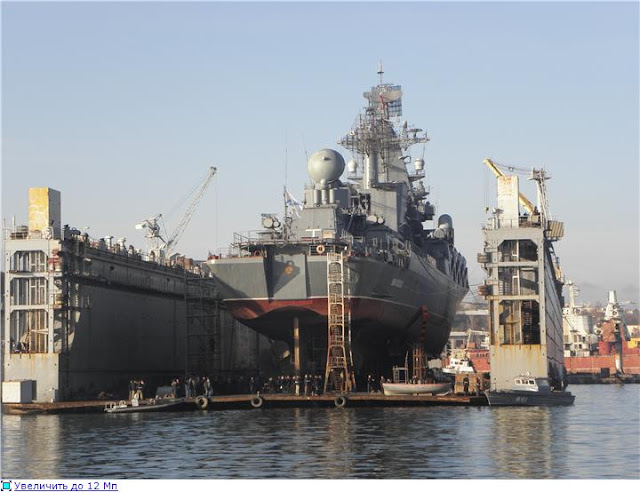 Moskva in drydock recently, though she's out as of 05 Feb and apparently preparing to deploy to the Far East and never return. Or return by Navy Day in late July, one of the two.

The "Moskva" wont return to the Black Sea Fleet after she finishes exercises with the Pacific Fleet. Anyone who isn't lazy already knows this. The 30th Division will be broken up and the 41st Brigade will be transferred to he Caucasus....The Black Sea Fleet will be reconstituted as the Azov-Black Sea Flotilla. Together with the Caspian Flotilla, they will be directly subordinated to an infantry General - the commander of the new Southern district. Numbers of servicemen will decline from 18,000 to 12,500 in the spring.

At this rate, all that will remain of the former Black Sea Fleet by 2017 will be a pair of roadstead tugs. Friends of mine on ocean going tugs say that crews are going to one watch and they are being converted to roadstead tugs. 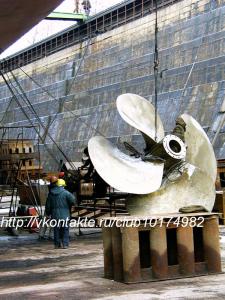 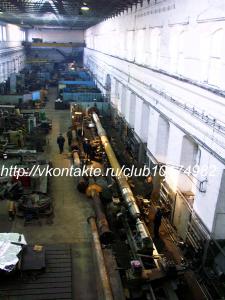 What's the greasy silver pole that's a propulsion machine to all the ships? Shaft!

What was the part that put Moskva into maintenance dock? I'm talkin' 'bout shaft, and I can dig it!

In related shameless, baseless potential slander, the chief of the Black Sea Fleet may be fired soon for...what else is there (besides creepy sex murders that is):

A source in fleet headquarters told Goryachiy Novosti ("Hot News") that the Federal Security Service (FSB) has thwarted an attempt by the Black Sea Fleet commander, Vice Admiral Aleksandr Kletskov to sell a decommissioned auxiliary ship (information needs to be verified).
...
One thing is known for sure. An eighty man audit team is coming into Sevastopol on 20 February to inventory fleet assets and see if Kletskov is mixed up in any other dirt.

Other news has it that the Ukraine may extend the lease on their Naval Base on the Black Sea (due to the new administration coming to power). How does that tie into what you say here? The two seemingly countermand each other.